So a funny thing happened today. As I was uploading a file to my Google Drive I noticed I'm almost out of space. A little alert at the left of my screen was prompting me to update my storage. Umm...nah Google! I started searching through my files to see what I could delete. I stumbled [...]

Alright! After our relocation, new school year and sick days I'm finallllllyyyyy finishing my Summer series of our time in New York City. Day 3: July 18th - Brooklyn I love Brooklyn! Looking back, I can't believe I didn't spend more time in the borough while living in NYC. Other than going to church (The [...]

New York, New York! I love New York City; like legit LOVE NYC. I've been saying this for years - even though the last time I was there was 2008. I first visited NYC while in middle school 1997/1998 on an East Coast field trip; I don't remember much other than I had an amazing [...]

This Summer has been a whirlwind! We started the Summer in Hong Kong. We left during the first few weeks of the protests, July 1st. It was Malachi's first time on an airplane and he did great. Teething, feverish and needed meds, but it kept him relatively calm for the 15+ hour flight (I also [...]

By the time we were ready to try, I didn't expect to get pregnant so fast - on the first attempt; literally the FIRST try, one day during my fertility week (same story when it comes to Malachi, I know the exact day both of my boys were conceived).

As new parents, your baby becomes your entire world and you bond deeply over this little person(s) that you made together. Eventually, you reach a point when you look at each other and you can't remember the last conversation you had that wasn't about work, money, or your child(ren).

Motherhood has challenged me in ways I could in no way prepare for; and it's filled me with such a deep love and fulfillment I can't attempt to articulate in a paragraph.

This year my husband and I decided 2018 is the year of NO TRAVEL! We'll spend our first Summer in Hong Kong this year. We've traveled every year since moving abroad in 2009.

I'm not bold enough to call out strangers, I also sometimes struggle with impostor syndrome since, well, I'm a foreigner in this country but I want them to follow my cultural etiquette when it comes to lifts!

Okay okay, to be honest, I'm likely - well I mean...I'm not working for my snapback as hard as many other Mamas. At the same time, I've been quite hard on myself and overly compared my body to other Mamas. 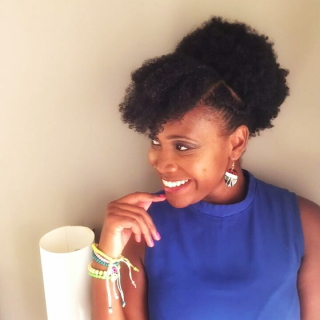